In addition to this sampling, you can also view a YouTube playlist of Islam and Ecology videos here.

May 23, 2022
This is a clip from the episode of Spotlights featuring Huda Alkaff, the Founder and Director of Wisconsin Green Muslims, a grassroots group in Milwaukee, Wisconsin formed in 2005 to connect faith, environmental justice, and sustainability through education and service. In this clip, she talks about the cosmological and ecological orientation of Islam, particularly as expressed in the Quran and Hadith. Details for the full episode are here: https://fore.yale.edu/blogs/entry/165…

Huda Alkaff, Wisconsin Green Muslims
Spotlights Episodes, 2.34
Yale Forum on Religion and Ecology
May 16, 2022
This week’s episode of Spotlights features Huda Alkaff, an ecologist and environmental educator. She discusses her work as the Founder and Director of Wisconsin Green Muslims, a grassroots group in Milwaukee, Wisconsin formed in 2005 to connect faith, environmental justice, and sustainability through education and service. She talks about ecological values expressed in the Quran and Hadith, the cosmological orientation of Islamic practice, the importance of interfaith collaboration, solar energy development, protecting freshwater resources, and much more. More information about Wisconsin Green Muslims is available here: https://wisconsingreenmuslims.org/ More resources about the intersection of Islam and ecology are available on the Forum on Religion and Ecology website: https://fore.yale.edu/World-Religions…

The Environmental Spirit of Islam, with Huda Alkaff and Dr. Saiyid Shah
Sufi Center Minnesota
December 6, 2021
The environmental spirit of Islam is manifested principally in six ways: through the Oneness of Allah and His creation (tawhid), Justice (Adl), compassionate stewardship (Khalifa), signs of the Creator (Ayat), trust with the Creator (Amana), and living in just balance with nature (Mizan). We will discuss these dimensions through the optics of faith in action as manifested by the various works and activities of the ISNA Green Initiative Team, which is putting the core environmental tenants of Islam into practice. We will also discuss stewardship as a collective responsibility to care for Mother Earth and each other across all faiths, nationalities, and ethnicities through the areas of advocacy, environmental justice, and personal lifestyle choices and consumption.

Food Security and Islamic Ethics: Human Rights, State Policies, and Vulnerable Groups, Day 2
Research Center for Islamic Legislation and Ethics
May 2021
This 2-day seminar discusses the question of food security with three combined perspectives: the world response to the challenge of sustainable food security, the Islamic perspective in addressing food security concerns, and the most vulnerable groups who face this issue, including women, children, migrants and the displaced.

Food Security and Islamic Ethics: Human Rights, State Policies, and Vulnerable Groups, Day 1
Research Center for Islamic Legislation and Ethics
May 2021
This 2-day seminar discusses the question of food security with three combined perspectives: the world response to the challenge of sustainable food security, the Islamic perspective in addressing food security concerns, and the most vulnerable groups who face this issue, including women, children, migrants and the displaced.

2021 Ramadan Halaqa Series: Environmental Justice, Dignity, & Our Islamic Duty
Muslim Space
May 8, 2021
Muslim Space offers a 4-part Ramadan halaqa titled Human Dignity Series - Affirming and elevating God’s honor to humankind. The goal of this episode is to elevate the notion that all creation has been granted dignity from the Divine and it is incumbent on all believers to uphold this dignity, not only to ourselves but to others, specifically focusing on environmental destruction and how it robs current and future generations of dignity.

World Water Day: Water Equity and Climate Resilience
ISNA Green Initiative Webinar
Islamic Society of North America
March 22, 2021
In this panel on water equity and climate resilience in recognition of World Water Day, three Muslim women environmental activists discuss the principles of environmental justice as they relate to Islamic climate action and issues surrounding water.
RIGHTS OF THE EARTH — Islam and the Environment
Oxford University Islamic Society
February 20, 2021
Fazlun Khalid, founder of the Islamic Federation of Ecology and Environmental Sciences, and Hazim Azghari, currently researching his DPhil on the relationship between humans and the environment in the early centuries of Islam in the Mediterranean, present remarks on three broad areas of Islam and ecology. They cover: (1) evidence from the Qur’an and Sunnah that it is our obligation to care for the environment, and how we should go about it; (2) negative effects of climate change and environmental damage and its impact on Muslims around the world; and (3) current steps being taken by Muslim countries/communities to care better for the environment and tackle climate change and what steps we can take as individuals to help the cause.
Environmental Justice in the Middle East: Activism, Resistance, and Decolonisation
Jadaliyya
November 12, 2020
This roundtable focuses on environmental justice, analysing the ways in which approaches to environmental studies have traditionally overlooked and under-emphasised the critical roles of communities directly impacted by environmental injustice. Focusing on environmental justice struggles in Palestine, the Golan Heights, Lebanon, and Iraq, speakers discuss how recognising and understanding the experiences of communities contending with protracted environmental injustice at the local level are critical to fully understanding the implications of international environmental injustice and the climate crisis. How have narrow definitions of environmental justice shaped policies? And how are communities resisting this repression?

Mosques, Imams, and Climate Action Webinar
Bahu Trust
November 6, 2020
Acknowleding the inherent environmentalism of Islam, a panel of Muslim environmental leaders and activists discusses the role that imams and mosques have to play in mobilizing for climate action.

Faith and Environment in the MENA
egomonk
September 24, 2020
In Episode 1 of Sustainability in the Next Era, Ruba A. Al-Zu’bi converses with Dr. Iyad Abumoghli, Director of the UN Environment Programme’s Faith for Earth initiative. Tune in to explore the tremendous potential of faith-based organizations to contribute to a green economy!

Fazlun Khalid | Make or Break
The New Muslim Think Tanks, M-talk Series
Bibliotheque Francois Mitterand
May 15, 2020
Fazlun Khalid’s reputation is well established. He is known worldwide as a tireless advocate for the environment. His thoughts are rooted in religious traditions and have made him one of the fifteen major environmental thinkers of our time (Grist magazine, US July 24, 2000). He is also one of the “500 Most Influential Muslims in the World,” according to the Royal Islamic Strategic Studies Center of Jordan. He is at the origin of the Islamic Foundation for Ecology and Environmental Sciences, the first Islamic NGO in the world. He is a member of the United Nations Task Force, which deals with environmental issues.

Dr. Husna Ahmad: A Global Ethical Approach to Social Justice and Environmental Issues: Ethical Review of Global Environmental Status
Research Center for Islamic Legislation and Ethics
March 23, 2019
Dr. Husna Ahmad presents an ethical review of the global environmental status through the lens of the theological-Islamic perspective on climate change and environment. She discusses recent climate action by Islamic and other faith communities, as well as the linkages between ethics and environment in achieving the United Nations Sustainable Development Goals.

Muslims Stand Up for Environmental Justice: A Conversation with Huda Alkaff
Edge Effects Podcast
May 15, 2018
In the days before the beginning of the Islamic month of Ramadan, 2018, Anna Gade of Edge Effects speaks with Huda Alkaff, a trained ecologist and environmental educator. Alkaff is founder and director of Wisconsin Green Muslims, a state-wide environmental justice group based in Milwaukee that has received national recognition for its leadership, from Wisconsin to the White House. They discuss two featured projects of Wisconsin Green Muslims: promoting access to solar energy with the “Faith & Solar” initiative, and water resource conservation and management with “Faithful Rainwater Harvesting.” Alkaff also explains the popularity of the current Greening Ramadan initiative, which extends to communities across the country. Alkaff reflects on engagement with various mosques, diverse non-Muslim faith-based organizations as well as the process of building bridges with non-religious environmental groups overall. Religious commitments such as to “stand for justice” (Q. 4:135) energize Wisconsin Green Muslims to “stand up for environmental and climate justice,” as Alkaff explains, with activism that strives for inclusion and equity for marginalized communities.
“Disaster Response and Religious Community at Mt. Merapi”
K.H. Masrur Ahmad of Pondok Pesantren “Al-Qodir,” Cangkringan, Jogjakarta, Java, Indonesia
July, 2014
K.H. Masrur Ahmad explains the ecojustice work of an Indonesian Islamic school following the eruption of Mt. Merapi in 2010.

“Disaster Response and Religious Community at Mt. Merapi (2010)” from Green Islam in Indonesia on Vimeo.

“The Abrahamic Response to Journey of the Universe”
Rabbi Lawrence Troster, Heather Eaton, and Safei Eldin Hamed
Journey of the Universe and Our Elegant Universe Symposium
Chautauqua Institution
June 2013
Rabbi Lawrence Troster, Dr. Heather Eaton, and Dr. Safei Eldin Hamed offer responses from Jewish, Christian, and Islamic traditions to Journey of the Universe. Rabbi Troster, a late Jewish environmental activist, draws from the Books of Genesis and Isaiah to suggest that the science of the universe story is offering people a vision of a new heaven and a new Earth. Dr. Heather Eaton, a theologian at Saint Paul University, highlights the need for Christians to retrieve its focus on creation, to reinterpret justice as ecojustice, and to reconstruct theologies of incarnation to encompass the entire Earth community. Dr. Safei Eldin Hamed, a scholar of environmental planning at Chatham University, interprets the Quran to suggest that there is equality between all creatures and that Islam can offer a holistic and functional cosmology for our contemporary world.

Seyyed Hossein Nasr: “Islam and the Preservation of the Natural Environment”
Georgetown University, Center for International and Regional Studies
January 26, 2009
CIRS began its Spring semester Faculty Distinguished Lecture Series with a talk by Seyyed Hossein Nasr, one of the foremost scholars of Islamic, Religious and Comparative Studies in the world. He was introduced to the audience by Mohammed Al Sudairi, SFS-Qatar sophomore and President of the Blue and Gray theater club. Nasr’s lecture, held at the Al Sharq hotel in Doha, outlined daily environmental struggles within an elaborate frame of spiritual Islam. This subject, Nasr emphasized, “is of gravest importance” because people have resorted to covering up the problem without actually finding a solution. Environmental destruction however, “will not be solved by cosmetics,” but “requires a change in our way of life.”

Sheikh Muhammed Amara: “Islam and Ecology”
Interfaith Climate and Energy Conference
Interfaith Center for Sustainable Development
Jerusalem
Sheikh Muhammed Amara offers an Islamic case for environmental action. He contends that Allah has granted humans an exalted status, yet with that status comes a responsibility to maintain the delicate balance of creation and to respect the rights of other beings. For Sheikh Amara, Muslims have a duty to cooperate with both Muslims and non-Muslims to ensure a safe and flourishing environment for all. 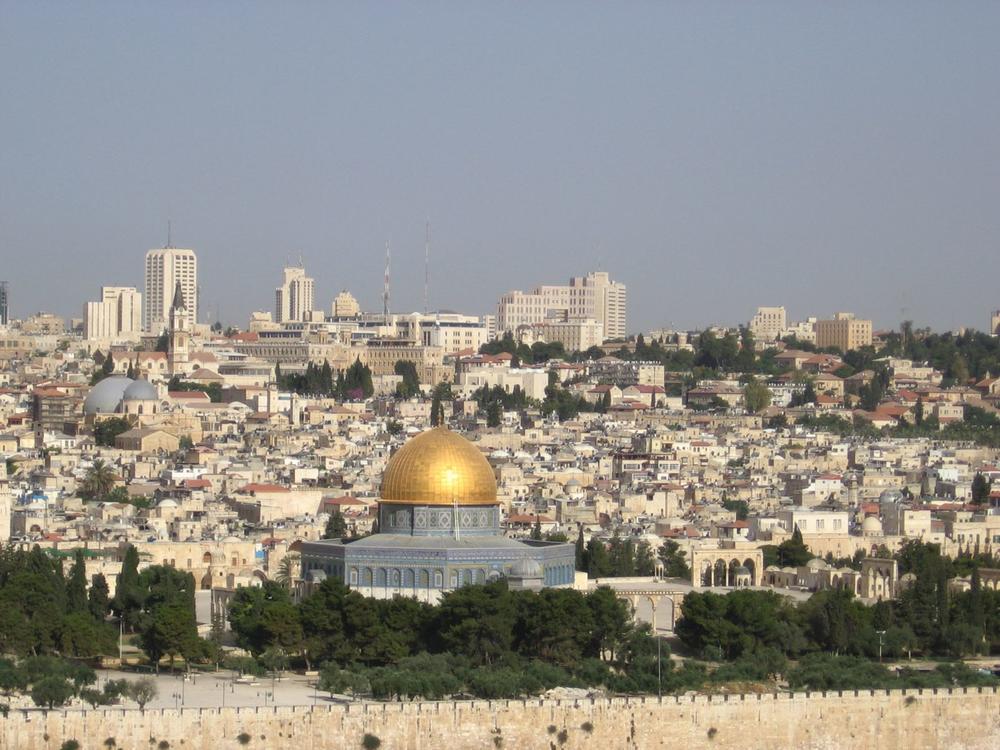