I am hopeful. I have been in this work for a long time. What gives me hope is that we have an intergenerational movement and young people who are not old enough to vote who are working on these issues, working for environmental and climate justice. 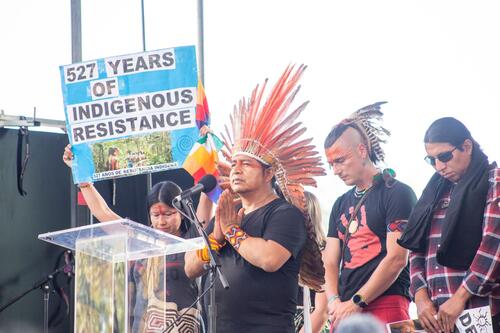 Around the planet environmental toxicities are depriving millions of people of a healthy environment. Landfills, chemical waste facilities, and power plants are often built in poor and minority communities, which don’t have the resources to advocate for themselves. Moreover, climate emergencies caused by hurricanes, floods and drought are impacting the vulnerable around the world. The Ecojustice movement is growing out of concern for those who have been adversely impacted.

The Bhopal toxic gas release in 1984 that injured over 500,000 people is one of the first cases of environmental injustice along with oil spills in Nigeria and the Amazon.  In the United States, Ecojustice dates back to Martin Luther King’s support for the 1968 Memphis Sanitation Strike. Ecojustice working groups were established in the 1980s by Protestant and Catholic groups. The movement took shape at the First National People of Color Environmental Leadership Summit (October 24-27, 1991). At that meeting, Robert D. Bullard—the father of environmental justice—and the other delegates composed a document laying out 17 principles of Environmental Justice. This has served as a platform on which the contemporary movement was built.

On the Forum site, we are using the term Ecojustice, or Environmental Justice, as related primarily to issues of social justice. We recognize that this is not the only definition, and that there are “Ecojustices” that also include unjust treatment of animals, such as factory farming. For broader conceptions of environmental justice that include the non-human world, see the work of the Rights of Nature movement and its tribunals. We’ve also included some print resources on this subject in the bibliography section below.

Because the work of the Forum takes place at the intersection of religion and ecology, the majority of the resources and tools in this resource hub are related to the religious responses to environmental injustice. However, we do provide a few links below to some of the foundational, and primarily secular, material.

But even in the secular world of environmental justice, the inherently sacred nature and spiritual dimensions of the quest for justice are central. The very first of the 17 Principles begins: “Environmental Justice affirms the sacredness of Mother Earth…” And in the preface, it reads:

“[we] do hereby re-establish our spiritual interdependence to the sacredness of our Mother Earth; to respect and celebrate each of our cultures, languages and beliefs about the natural world and our roles in healing ourselves”

This inherent sacredness of our Earth and its inhabitants is at the heart of the religious response to environmental injustice and racism–working for both people and planet.

Religion and Ecojustice Bibliographies
The Forum has compiled a list of print resources related to Ecojustice. The first is a thorough bibliography containing titles on the intersection of religion and Ecojustice from a human, social justice perspective. The other two contain some secular books and articles, and some titles that concern the non-human world. Please note that these two are not comprehensive listings and do not contain all of the secular or non-human material available, but we hope they will offer some additional avenues for exploration.

World Religions
Below you will find links to our Ecojustice resource lists for each religious tradition.
These resources will be updated periodically. If your organization is involved in work on religiously-engaged Ecojustice and you would like to be listed, contact our webmaster.

Introductory Information on Ecojustice
The majority of the resources in this information hub are organized by specific religious tradition. But below we have provided some links to material regarding broader perspectives on Ecojustice, incuding material on the history and foundations of the movement. These sections are by no means comprehensive, and are provided as a jumping off point for further exploration of these topics.

Our faith traditions teach us that the Earth is a sacred gift and that human communities are only whole when no one is left behind. Unbridled climate change mocks these moral precepts. 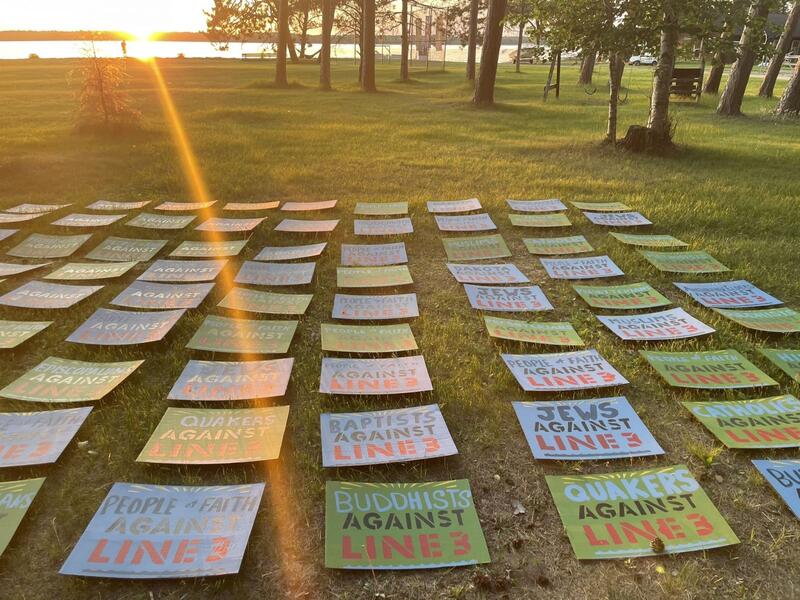