Taken together, the three Abrahamic traditions include nearly half of the world’s population. These religions, have particular claims to ‘truth,’ which have sometimes led to past conflicts. Yet they share common cosmologies and ethics and provide many similar teachings in their respective sacred texts. They have each developed particular worldviews regarding the value and meaning of life. However, to a large extent they have comparable doctrinal and normative teachings: a belief in one God beyond the known and the observable; a commitment to social justice; and a sense of wonderment towards the universe and Earth, among others.

The Abrahamic religions have exhibited shared sensibilities of global awareness and responsibility and have worked as inspired catalysts for social change. The history of Judaism, Christianity and Islam indicate clearly that these traditions have consistently represented a genuine moral force, while exhibiting strong spiritual energy. Despite secularization and the one-sided criticism of their supposed outdated, ineffective ideologies, the Abrahamic religions remain foundational to how people of these faiths think, feel and act to this day.

Another important element that distinguishes the Abrahamic traditions from other religious ones: all three originate from a similar ecological setting—the dry lands of southwestern Asia—a fact that functionally contributed, at least in the early times, to shaping the human-environment relationship and patterns of interaction.

Current environmental challenges in the Middle East/North Africa (MENA) Region and beyond suggest an urgent need for cross disciplinary debate and understanding of the causes and consequences of environmental change as a prelude to successful mitigation and adaptation. Thus, one of the main tasks of this workshop is to explore how the Abrahamic traditions impact the ways in which humans perceive and interact with nature and the potential to translate those perceptions and interactions into positive social and ecological action. More than twenty years ago Harvard University’s Center for the Study of World Religions initiated multiple conferences on issues pertaining to religion and ecology that resulted in the publication of 10 seminal books between 1996 and 1998. Today, the Forum on Religion and Ecology (fore.yale.edu) at Yale University continues this work and is “the largest international multi-religious project of its kind” aiming at broadening understanding of the relationships between religious worldviews and environmental issues, in part by promoting scientific dialogue between the fields related to religious studies and other academic disciplines.

This Abrahamic Traditions and Environmental Change workshop builds on these past and present academic conversations with the aim of looking for a means through which the three Abrahamic faiths can help understand and counteract contemporary environmental change in the MENA region. It is also our intention to initiate a relevant, scalable and sustainable collaborative program between MENA scholars & practitioners and their North American and European partners.

Co-organized by the University of Connecticut Abrahamic Programs, Al Akhawayn University, and the Forum for Religion and Ecology at Yale. 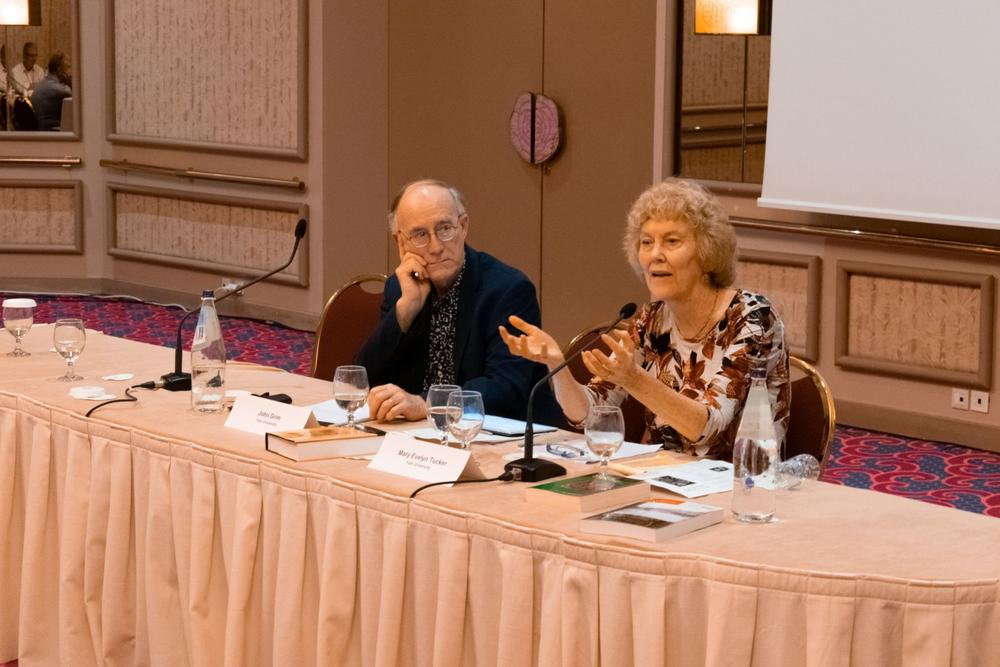