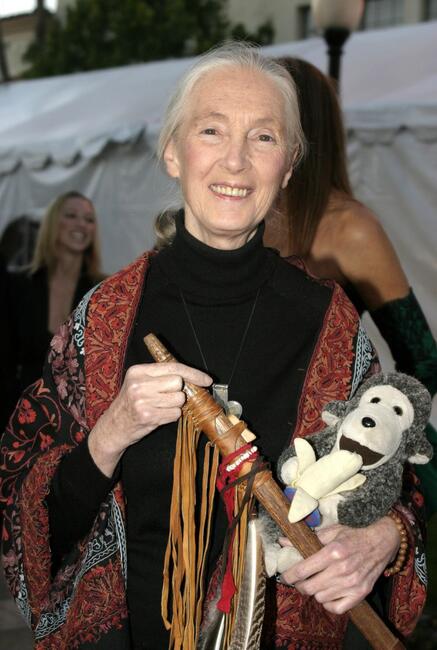 On May 20, Jane Goodall was announced as the 2021 Templeton Prize winner, one of the largest single monetary prizes in the world. She is only the fourth woman to receive the prize in its 49-year history. The Forum congratulates and celebrates Dr. Goodall and her lifelong dedication to conservation work and the study of animals. She is a true inspiration!

From the Templeton site:
Dr. Jane Goodall, DBE, founder of the Jane Goodall Institute, UN Messenger of Peace and world-renowned ethologist and conservationist, whose groundbreaking discoveries changed humanity’s understanding of its role in the natural world, was announced today as the winner of the 2021 Templeton Prize. The Templeton Prize, valued at over $1.5 million, is one of the world’s largest annual individual awards. Established by the late global investor and philanthropist Sir John Templeton, it is given to honor those who harness the power of the sciences to explore the deepest questions of the universe and humankind’s place and purpose within it. Unlike Goodall’s past accolades, the Templeton Prize specifically celebrates her scientific and spiritual curiosity. The Prize rewards her unrelenting effort to connect humanity to a greater purpose and is the largest single award that Dr. Goodall has ever received.

“We are delighted and honored to award Dr. Jane Goodall this year, as her achievements go beyond the traditional parameters of scientific research to define our perception of what it means to be human,” said Heather Templeton Dill, president of the John Templeton Foundation. “Her discoveries have profoundly altered the world’s view of animal intelligence and enriched our understanding of humanity in a way that is both humbling and exalting. Ultimately, her work exemplifies the kind of humility, spiritual curiosity, and discovery that my grandfather, John Templeton, wrote and spoke about during his life.”

And read her words about the “Spiritual power in every living thing” here.

Or go here to send your congratulations to her.

END_OF_DOCUMENT_TOKEN_TO_BE_REPLACED

She's a priest. You'll never guess her other job.