Nature and the Environment
The World Zoroastrian Organization

In Zoroastrianism, Ahura Mazda is seen as the first cause of all things Good in the universe. The universe in turn is set in accord with the concept of Asha, an ordered Truth, governed by Righteousness. In the Gathas, Zarathushtra’s sacred hymns, Ahura Mazda is seen as the Father of Asha, who has established the course of the sun, moon, and stars and upheld the earth and heavens. It is He who sustains the waters, the plants, the winds, and the clouds. He is the Creator of Light, Life, and Righteousness. The role of mankind in the world is to serve and honor not just the Wise Lord but the Seven Bounteous Creations of the sky, water, earth, plants, animals, man, and fire—gifts of God on High to mankind on earth. In helping to bring about a state of perfection in this world and in the Seven Creations, Zarathushtra enjoined his followers to tread an ethical and righteous path. This is only possible if one shows responsibility toward the Wise Lord’s creations. Those who perpetrate pollution and cause the defilement of all that is natural and good in the world are antithetical to the creations and to the Wise Lord Himself, as the physical world is made for the benefit of all who exist and live in the world. They must keep the Wise Lord’s world pure (pak) while living life to the fullest and participating in the goodness of the Seven Creations.

To a Zoroastrian, the ostensibly “inert” world is full of life, which is sanctified as it is imbued with the fravashi, “the transcendental divine essence.” All creatures, as well as plants, possess the fravashi. Nature is seen as not only having its intrinsic value, but is perceived as being sacred. All forms of life have a right to live and grow in the biosphere. Our concern for nature is not confined to only plants and vegetation; it respects all creatures. In one of the Afrins a Zoroastrian recites, “I pray for the good of the life of all the living creatures which Ahura Mazda has created.”* The devout Zoroastrian regards the elements of nature with the most profound reverence. The Avestan texts clearly reflect this veneration for the earth, the air, the waters, and even plant life. In his daily prayers he is reminded of the beauty and majesty of nature, and from nature he turns to nature’s God. 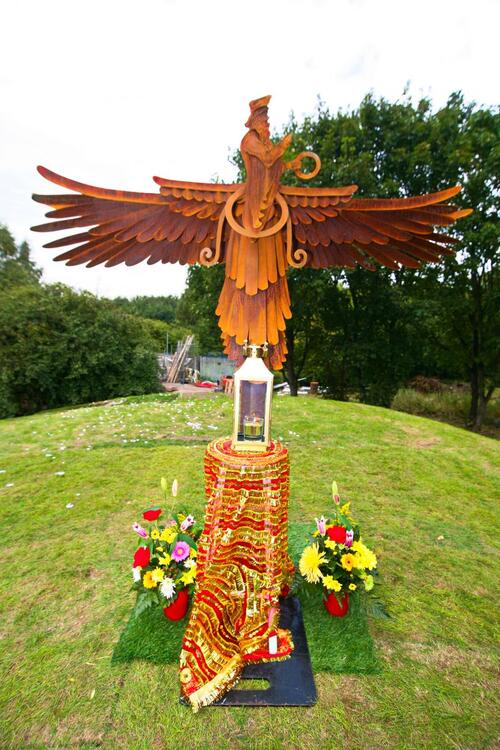