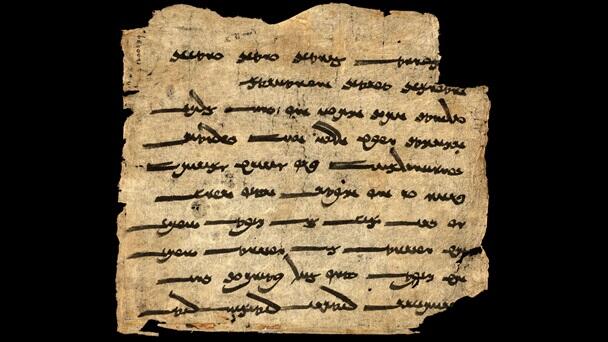 The Bundahisn, meaning primal or foundational creation, is the central Zoroastrian account of creation, cosmology, and eschatology. Compiled sometime in the ninth century CE, it is one of the most important surviving testaments to Zoroastrian literature in the Middle Persian language and to pre-Islamic Iranian culture. Despite having been composed some two millennia after the Prophet Zoroaster’s revelation, it is nonetheless a concise compendium of ancient Zoroastrian knowledge that draws on and reshapes earlier layers of the tradition. Well known in the field of Iranian Studies as an essential primary source for scholars of ancient Iran’s history, religions, literatures, and languages, the Bundahisn is also a great work of literature in and of itself, ranking alongside the creation myths of other ancient traditions. The book’s thirty-six diverse chapters, which touch on astronomy, eschatology, zoology, medicine, and more, are composed in a variety of styles, registers, and genres, from spare lists and concise commentaries to philosophical discourses and poetic eschatological visions. This new translation, the first in English in nearly a century, highlights the aesthetic quality, literary style, and complexity and raises the profile of pre-Islamic Zoroastrian literature.

———. “Ava: A Living Tradition of Reverence for Water Among the Zoroastrians.” In Knowledge and the Indian Ocean: Intangible Networks of Western India and Beyond, edited by Sara Keller, 65–85. Palgrave Series in Indian Ocean World Studies. Cham, Switzerland: Palgrave Macmillan, 2019.

Traditional systems of water preservation assume significance in a world facing acute water shortage. When Zoroastrians fled from religious persecution in Persia to live in India (8th–9th century A.D.), they carried their ancient wisdom of conservation of water. The Parsi cistern (tanka-s) of Bharuch are testament to the fact that they adapted their ancient badgirs to local circumstances. This paper examines the traditional tanka system used in Parsi houses of Gujarat in perspective to historical Zoroastrian water harvesting systems from Central Asia. It takes the water management system used in Parsi houses of Bharuch as a study case which proves capability, today, of answering urging water issues. Studying the tanka could offer a solution to rejuvenate this “Dying Wisdom”.

Among the earliest surviving religious sites from the Achaemenid empire is the outdoor open-air fire precinct at Paārsarga or Pasargadae, the royal capital of Kuūru š or Cyrus II. After Arab Muslims conquered Iran in the 7th century, Zoroastrianism began to decline demographically and institutionally. Most urban Zoroastrians adopted Islam between the 8th and 10th centuries ce, and it spread among rural Zoroastrians from the 10th through 13th centuries. In addition to the holy fire at Udvada, there are seven other highest level fires, each with its own temple in modern India. Fire-temples are not the only institutional locations of worship for Parsis in Mumbai. As the high priest had settled there during the 12th century, Yazd province became the ritual epicenter for Iranian Zoroastrians. The demands of modernity and the dispersion as minorities have brought change to the places where Zoroastrians perform their rituals.

———. “The Zoroastrian Creation Myth: Clues to Its Antiquity.” In Holy Wealth: Accounting for This World and the Next in Religious Belief and Practice, edited by Almut Hintze and Alan Williams, 24:11–20. Iranica. Wiesbaden: Harrassowitz Verlag, 2017.

———. “To Cut-Off, Purify, and Make Whole: Historiographical and Ecclesiastical Conceptions of Ritual Space.” Journal of the American Oriental Society 123 (2003): 21–41.

This issue of FEZANA Journal includes various articles written around the topic of climate change, including a review of the Zoroastrian community’s participation in COP21 Paris.

The ancient religion of Zoroastrianism devotes considerable attention to relations between human and nonhuman animals. All animal species are seen as being in one of two categories—either beneficent or malevolent, aligned either with the forces of good or with the forces of evil in an ongoing cosmic battle. Humans should treat each species accordingly, zealously protecting “beneficent” species while ruthlessly exterminating “malevolent” ones. Zoroastrian attitudes toward nonhuman animals have likely had a range of influences, both positive and negative, on those found in other traditions, especially Judaism, Christianity, and Islam.

In recent years a number of Zoroastrian scholars have sought to characterize Zoroastrianism as the ‘world’s first environmental religion’, pointing to a number of rituals and injunctions aimed at safeguarding nature from activities seen as polluting. However, while the tradition does indeed enjoin Zoroastrians to respect and protect many aspects of nature, pollution is seen in ritual terms, not ecological ones. Moreover, in the dualistic Zoroastrian worldview which posits an ongoing struggle between the forces of good and evil, many animal and plant species are seen as being on the side of evil and are thus to be destroyed whenever possible. This worldview can at times set Zoroastrianism in opposition to that of contemporary science that, generally speaking, does not distinguish between good and bad species, but sees all as integral to the healthy functioning of ecosystems.

Lincoln, Bruce. “Anomaly, Science, and Religion: Treatment of the Planets in Medieval Zoroastrianism.” History of Religions 48, no. 4 (2009).

Religion is often criticized for failing to uphold animal concerns, yet Zoroastrianism, an ancient religion that underlies the Abrahamic traditions as well as Eastern religions, offers some strikingly contemporary concerns regarding the kinship of human and nonhuman animals. Human and nonhuman animals alike have souls, free will, and life after death. In the middle of the second millennium BCE, Zoroaster called attention to the treatment of animals as necessary to the divine order and righteousness that has been disturbed by evil and sin. How humans treat animals also affects their own well-being in this world and the next.

Zoroastrian texts present the world as a positive creation, and already in the earliest Gathic framework ‘life’ was opposed to the ‘impossibility of life’ was opposed to the ‘impossibility of life’. It is Ahura Mazdā who established the cosmic order, from which all the fundamental pillars of the universe and the basic means for natural existence derive, as we deduce from the rhetorical questions put forth by Zarathustra to Ahura Mazdā himself in Y 44. It is improbable that Ahura Mazdā was conceived as a divinity who had created the world from “nothing” as in a kind of creatio ex nihilo. He put in order the whole universe, establishing a general harmony in a primordial state. As also in the case of some Vedic gods, he operated with a primeval stock, a kind of basic “substance,” in a still latent phase between cosmic order and disorder.

The Encyclical of Pope Francis Laudato Si’ , subtitled On care of our common home resonates with the values of Prophet Zarathushtra, of caring for the environment. Dr Neville Gustad Panthaki has written a special paper ‘Spenta Armaity’ for the Parliament of World’s Religions, Salt Lake City 2015, outlining the Zoroastrian philosophy for preservation of the environment.

This article overviews the references to astrology found in the Zoroastrian religious texts in Middle Persian (or Pahlavi) dating from the Sasanian period to the 10th century. Through their analysis, it highlights how astrology was integrated in the Zoroastrian doctrinal corpus from the Sasanian times to the early Islamic period. The basic view underlying the astrological references in the Pahlavi texts, is that the good astral entities (which include the zodiacal constellations, the sun, and the moon), fight against the evil astral entities (which include planets and lunar nodes). The main astrological doctrines documented in these texts are that of the horoscope of birth of the world and of Gayōmard (the first man), the astrological explanation of the death of Gayōmard at age 30, the millenary chronocratoria, that is, the rule over time, of zodiacal constellations and of Saturn, and the melothesia, that is, the attribution of the parts of the body, to celestial entities. The article argues that these doctrines express the Zoroastrian view that the malefic influence of the evil astral bodies contributes to the pollution characterizing the present state of existence of the world. The article also touches upon astrological doctrines documented in Zoroastrian New Persian texts.

This journal issue covers various topics at the intersection of Zoroastrianism and ecology.

Skjærvø, Prods Oktor. “Texts on Creation and the Divine World.” In The Spirit of Zoroastrianism, 44–112. New Haven: Yale University Press, 2011.

Purity reaches to the heights and depths of religious meaning in Zoroastrianism. The subject of purity in religious traditions has been the focus of a great deal of attention in recent years, as have also the related themes of the body and ritual pollution. Purity and pollution are twin themes which run through almost every aspect of Zoroastrianism: they are present from the cosmogony to the apocalyptic and eschatological conclusion, and in all genres of the religious literature. This chapter focuses on the purity rules as they are articulated in the normative, canonical, mythic, theological, and ritual literature, in order to consider why purity, pollution, and the body are considered important themes in this religion. The religio-ritual and socio-ritual rites of purity and the general code of purity behavior in daily life are all consonant with the myth and doctrine of Zoroastrianism’s most ancient texts.

Header photo: The Ashem Vohu, a Zoroastrian prayer; this manuscript comes from Dunhuang, China, and is written in Sogdian, a medieval Iranian language. Probably dating from the ninth century, this manuscript is some 400 years older than any other surviving Zoroastrian scripture; Copyright British Library