Journey of the Universe: An Epic Story of Cosmic, Earth, and Human Transformation

For full information on this film go to the Journey of the Universe Multimedia Project page. 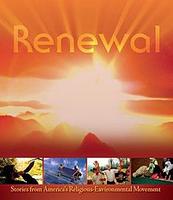 Renewal is the first feature-length documentary film to capture the vitality and diversity of today’s religious-environmental activists. From within their Christian, Jewish, Buddhist and Muslim traditions, Americans are becoming caretakers of the Earth. With great courage, these women, men and children are re-examining what it means to be human and how we live on this planet. Their stories of combating global warming and the devastation of mountaintop removal, of promoting food security, environmental justice, recycling, land preservation, and of teaching love and respect for life on Earth are the heart of Renewal. The 90-minute documentary is designed for theatrical and community screenings, and for broadcast, yet each of the eight stories also stands on its own.

Since 1984, Earth Island Institute’s Sacred Land Film Project has produced a variety of media and educational materials — films, videos, DVDs, articles, photographs, reports, school curricula materials and Web content — to deepen public understanding of sacred places, indigenous cultures and environmental justice. Their mission is to use film, journalism and education to rekindle reverence for land, increase respect for cultural diversity, stimulate dialogue about connections between nature and culture, and help protect sacred lands and diverse spiritual practices. For the last two decades they have focused on the production and distribution of documentary films, including In the Light of Reverence  (2001), and their four-part series on sacred places around the world, Standing on Sacred Ground  (2014) 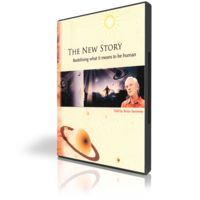 Redefining what it means to be human. What is our cosmic story? In the last 100 years, science has provided more information on life than in all of recorded history. But what are we to do with that information? Cosmologist, Brian Thomas Swimme explains why we need a new cosmic story that explains what we now know about the Universe, and how that story can provide a pathway into the future of a vibrant life.

The Powers of the Universe 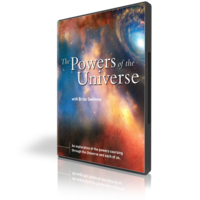 A captivating exploration of the powers coursing through the Universe and each of us. This immersive program contains eleven 45-minute episodes for a total of 9 hours of amazing insights that will forever change how you think about being human. In The Powers of the Universe, Dr. Brian Thomas Swimme takes you on a fascinating journey into the powers that have been active since the beginning of time and are available to you. Don’t miss this extraordinary exploration into the vast Universe, its powers and how they relate to each of us.

The Great Story is a 50-minute documentary film for educational venues and public broadcast portraying the life and work of Thomas Berry. The film displays the beauty of the natural world as Berry tells the story of the universe emergence and highlights the critical environmental crisis we are currently facing.

At 86 years of age, Thomas Berry shared his concerns for the well-being of our planet. This DVD includes The Great Work, An introduction to Thomas Berry. He states his fundamental concerns for the planetary crisis at hand, “the Great Work” that confronts us. And The Power of Story and The Capacity for Change: Thomas Berry’s prescription to remedy our crisis. He suggests the need for a new cultural story of the universe, and he offers clear reasons for hope and change. 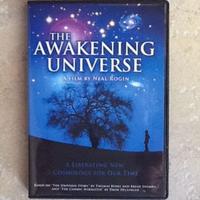 Based on the book The Universe Story by cultural historian Thomas Berry and cosmologist Brian Swimme, this inspiring 15-minute film takes one on a journey, from the birth of the Universe, through the arising of galaxies, the formation of the Earth, the emergence of life and finally to the development of human consciousness. Includes a 40-minute interview with Brian Swimme.

The Hidden Heart of the Cosmos 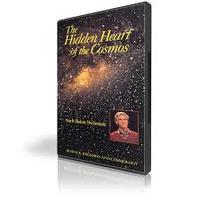 An exploration in three programs: The Generosity of the Sun, The Birthplace of the Universe and The All-Nourishing Abyss. Take a look at the religion of consumerism and a way out of it—a deep zest for life. To study the new cosmology is to have your consciousness transformed. Find out how the Universe emerges in every moment.

Canticle to the Cosmos 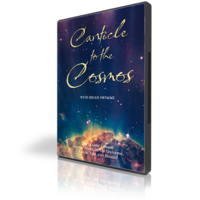 An immersive, classic course on the story of the Universe, Earth, Life, and Human. This fascinating, in depth telling of the scientific story of the universe instills within the viewer a feeling of its sacred nature. This classic lecture series has been distributed throughout the United States, Canada, England, Australia and South America. 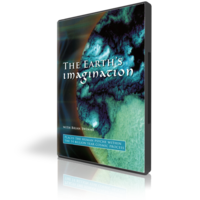 In The Earth’s Imagination, cosmologist Brian Thomas Swimme places the human psyche within the fifteen billion year cosmic process in order to highlight the directions in which human consciousness is evolving today and into the future. With a remarkable ability to make contemporary scientific findings accessible and engaging, Dr. Brian Thomas Swimme relates the history of the Universe to the modern human. If you are even slightly interested in understanding evolution and a scientifically-based philosophical orientation to the meaning of life, you will find this program highly valuable.