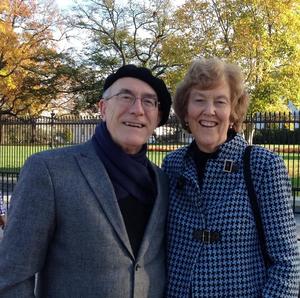 John Grim teaches courses in Native American and Indigenous religions and world religions and ecology. He has undertaken field work with the Crow/Apsaalooke people of Montana and Salish people of Washington state. His published works include: The Shaman: Patterns of Religious Healing Among the Ojibway Indians (University of Oklahoma Press, 1983) and, with Mary Evelyn Tucker, a co-edited volume entitled Worldviews and Ecology (Orbis, 1994).He edited Indigenous Traditions and Ecology: The InterBeing of Cosmology and Community (Harvard, 2001) and co-edited the Daedalus volume titled Religion and Ecology: Can the Climate Change? (2001). He is co-founder and co-director of the Forum on Religion and Ecology at Yale with Mary Evelyn Tucker. 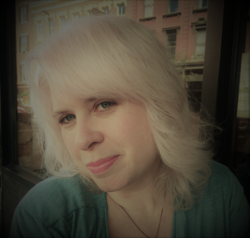 Tara C. Trapani has been the Chief Administrator of the Yale Forum on Religion and Ecology since 2007. She also runs Mary Evelyn Tucker and John Grim’s other non-profit organizations: The Thomas Berry Foundation and The American Teilhard Association and serves as Project Coordinator for the Emmy Award-winning Journey of the Universe film and multimedia project. She has 20 years’ experience in non-profit and educational administration and is a veteran event planner and organizer, having run countless events, large and small, in the last 20 years, including the 2009 memorial for Thomas Berry at the Cathedral of St. John the Divine in Manhattan. She has also prepared academic manuscripts for many publishers, including: Yale University Press, Columbia University Press, Island Press, Orbis Books, and Haworth Press. 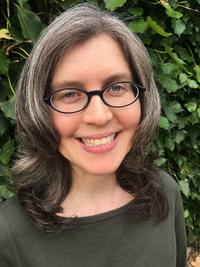 Elizabeth McAnally, PhD has been the newsletter editor and website manager for the Yale Forum on Religion and Ecology since 2008.  She also manages the websites for Journey of the Universe, Thomas Berry and the Great Work, American Teilhard Association, and Emerging Earth Community.  Elizabeth is the author of Loving Water across Religions: Contributions to an Integral Water Ethic (Orbis Press, 2019).  Her work has also been published in The Bloomsbury Handbook of Religion and Nature (Bloomsbury Press, 2018), as well as in the journals World Futures and Integral Review.  Elizabeth received her MA in Philosophy and Environmental Ethics from the University of North Texas in 2007. She received her PhD in Philosophy and Religion from the California Institute of Integral Studies in 2017. Elizabeth has taught classes on philosophy, religion, and environmental ethics at Pacifica Graduate Institute, the University of North Texas, Diablo Valley College, and the University of San Francisco. She practices yoga and Chinese internal arts (taiji, qigong, bagua, xingyi, and yiquan) and currently offers Integral Taiji & Qigong classes at these locations in the San Francisco Bay Area: University of California Botanical Garden, Albany Senior Center, the Peralta Community Garden, Lafayette Community Garden, and the Bancroft Community Garden.  Elizabeth is an avid musician who loves singing and playing the flute.

Sam Mickey, PhD, is a teacher, author, and editor working at the intersection of religious, scientific, and philosophical perspectives on human-Earth relations. He is an adjunct professor in the Theology and Religious Studies department and the Environmental Studies program at the University of San Francisco, in San Francisco, California. He is the Reviews Editor for the journal Worldviews: Global Religions, Culture, and Ecology, and he is an author and editor of several books, including On the Verge of a Planetary Civilization: A Philosophy of Integral Ecology (Rowman and Littlefield International, 2014), Whole Earth Thinking and Planetary Coexistence: Ecological Wisdom at the Intersection of Philosophy, Religion, and Ecology (Routledge, 2015), Coexistentialism and the Unbearable Intimacy of Ecological Emergency (Lexington Books, 2016), Women and Nature? Beyond Dualism in Gender, Body, and Environment, edited with Douglas A. Vakoch (Routledge, 2017) and The Variety of Integral Ecologies: Nature, Culture, and Knowledge in the Planetary Era, edited with Sean Kelly and Adam Robbert (SUNY, 2017). 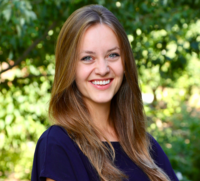 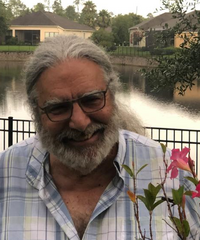 Sam King serves as a Research Associate for the Yale Forum on Religion and Ecology and a Teaching Assistant for the Yale course on Asian Religions and Ecology. He is currently a graduate student in Religion and Ecology at Yale Divinity School, while also completing a Master of Arts in Creative Writing at Dartmouth College. At The Hotchkiss School, Sam taught  courses in Philosophy and Religion, developed curricula for the interdisciplinary Humanities program, and organized a project-based learning trip for students in Sri Lanka and India. He was also a Fulbright Scholar in Sri Lanka, where he taught English at the University of Sri Jayewardenepura and conducted research on agrarian Buddhist rituals. Sam earned a Bachelor of Arts in Religion and Environmental Studies from Bowdoin College. He enjoys spending time in the outdoors, practicing meditation, and writing creative nonfiction.

How to help the pandemic-stricken Amazon? 'Amazonize yourself,' says new campaign