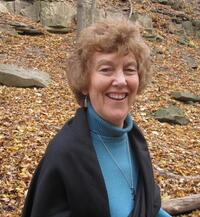 After the conference series she and Grim founded the Forum on Religion and Ecology at a culminating conference at the United Nations in 1998. They now direct the Forum at Yale where they also teach religion and ecology. To help shape this new interdisciplinary field they edited Worldviews and Ecology (Orbis, 1994) and a Daedalus volume titled Religion and Ecology: Can the Climate Change? (2001). Tucker also wrote: Worldly Wonder: Religions Enter Their Ecological Phase (Open Court Press, 2003).  Together they completed a new overview of the field titled Ecology and Religion (Island Press, 2014).  Tucker, Grim, and Willis Jenkins co-edited the Routledge Handbook on Religion and Ecology (Routledge, 2017). Tucker and Grim have created six online courses in “Religions and Ecology: Restoring the Earth Community.”