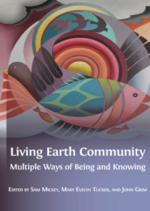 Living Earth Community: Multiple Ways of Being and Knowing is a celebration of the diversity of ways in which humans can relate to the world around them, and an invitation to its readers to partake in planetary coexistence. Innovative, informative, and highly accessible, this interdisciplinary anthology of essays brings together scholars, writers and educators across the sciences and humanities, in a collaborative effort to illuminate the different ways of being in the world and the different kinds of knowledge they entail – from the ecological knowledge of Indigenous communities, to the scientific knowledge of a biologist and the embodied knowledge communicated through storytelling. This anthology examines the interplay between Nature and Culture in the setting of our current age of ecological crisis, stressing the importance of addressing these ecological crises occurring around the planet through multiple perspectives. These perspectives are exemplified through diverse case studies – from the political and ethical implications of thinking with forests, to the capacity of storytelling to motivate action, to the worldview of the Indigenous Okanagan community in British Columbia. Living Earth Community: Multiple Ways of Being and Knowing synthesizes insights from across a range of academic fields, and highlights the potential for synergy between disciplinary approaches and inquiries. This anthology is essential reading not only for researchers and students, but for anyone interested in the ways in which humans interact with the community of life on Earth, especially during this current period of environmental emergency. 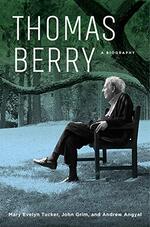 Thomas Berry (1914–2009) was one of the twentieth century’s most prescient and profound thinkers. As a cultural historian, he sought a broader perspective on humanity’s relationship to the earth in order to respond to the ecological and social challenges of our times. This first biography of Berry illuminates his remarkable vision and its continuing relevance for achieving transformative social change and environmental renewal. Berry began his studies in Western history and religions and then expanded to include Asian and indigenous religions, which he taught at Fordham University, Barnard College, and Columbia University. Drawing on his explorations of history, he came to see the evolutionary process as a story that could help restore the continuity of humans with the natural world. Berry urged humans to recognize their place on a planet with complex ecosystems in a vast, evolving universe. He sought to replace the modern alienation from nature with a sense of intimacy and responsibility. Berry called for new forms of ecological education, law, and spirituality, as well as the creation of resilient agricultural systems, bioregions, and ecocities. At a time of growing environmental crisis, this biography shows the ongoing significance of Berry’s conception of human interdependence with the earth as part of the unfolding journey of the universe. 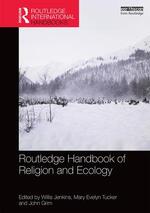 The moral values and interpretive systems of religions are crucially involved in how people imagine the challenges of sustainability and how societies mobilize to enhance ecosystem resilience and human well-being. The Routledge Handbook of Religion and Ecology provides the most comprehensive and authoritative overview of the field. It encourages both appreciative and critical angles regarding religious traditions, communities, attitude, and practices. It presents contrasting ways of thinking about “religion” and about “ecology” and about ways of connecting the two terms. Written by a team of leading international experts, the Handbook discusses dynamics of change within religious traditions as well as their roles in responding to global challenges such as climate change, water, conservation, food and population. It explores the interpretations of indigenous traditions regarding modern environmental problems drawing on such concepts as lifeway and indigenous knowledge. This volume uniquely intersects the field of religion and ecology with new directions within the humanities and the sciences. This interdisciplinary volume is an essential reference for scholars and students across the social sciences and humanities and for all those looking to understand the significance of religion in environmental studies and policy.

Journey of the Universe is both a book, a film, and a conversation series by Mary Evelyn Tucker and Brian Swimme that offers a rich unfolding of “the universe story”—a moving narrative of cosmic evolution from the origins of the cosmos to the present. This volume explores the Christian responses to the Universe Story and its implications for the contemporary environmental crisis. Beginning with excerpts from recent statements by Pope Francis and the Ecumenical Patriarch Bartholomew, the book draws on the contributions of leading theologians, ethicists, scientists, and activists, including John Haught, Ilia Delio, Catherine Keller, Larry Rasmussen, and more than twenty-five others. 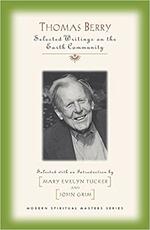 Thomas Berry (1914-2009), was a priest, a “geologian,” and a historian of religions.  He was an early and significant voice awakening religious sensibilities to the environmental crisis.  He is particularly well-known for articulating a “universe story” that explores the world-changing implications of contemporary science.  Berry pointed the way to an ecological spirituality attuned to our place in nature and giving rise to an ethic of responsibility and care for the Earth. 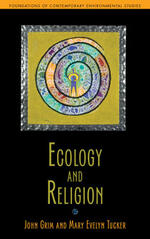 From the Psalms in the Bible to the sacred rivers in Hinduism, the natural world has been integral to the world’s religions. John Grim and Mary Evelyn Tucker contend that today’s growing environmental challenges make the relationship ever more vital. This primer explores the history of religious traditions and the environment, illustrating how religious teachings and practices both promoted and at times subverted sustainability. Subsequent chapters examine the emergence of religious ecology, as views of nature changed in religious traditions and the ecological sciences. Yet the authors argue that religion and ecology are not the province of institutions or disciplines alone. They describe four fundamental aspects of religious life: orienting, grounding, nurturing, and transforming. Readers then see how these phenomena are experienced in a Native American religion, Orthodox Christianity, Confucianism, and Hinduism. Ultimately, Grim and Tucker argue that the engagement of religious communities is necessary if humanity is to sustain itself and the planet. Students of environmental ethics, theology and ecology, world religions, and environmental studies will receive a solid grounding in the burgeoning field of religious ecology. 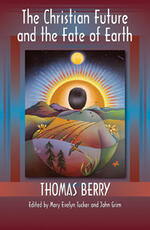 Like no other religious thinker, Thomas Berry has been a prophetic voice regarding Earth’s destruction and the urgent need for human response from the Christian community. This book collects Berry’s signature views on the interrelatedness of both Earth’s future and the Christian future. He ponders why Christians have been late in coming to the issue of the environment. He reflects insightfully on how the environment must be seen as a religious issue, not simply a scientific or economic problem. In powerful and poetic language Berry presents a compelling vision of the sacredness of the universe and the interrelatedness of the Earth community. Drawing on Thomas Aquinas and Teilhard de Chardin he brings the Christian tradition into a cosmology of care for the whole of creation. 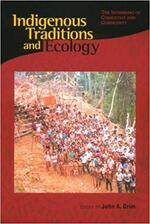 Indigenous Traditions and Ecology: The Interbeing of Cosmology and Community
Edited by John A. Grim
Center for the Study of World Religions and Harvard University Press, 2001

A new perspective on religions and the environment emerges from this collection. The authors, a diverse group of indigenous and non-native scholars and environmental activists, address compelling and urgent questions facing indigenous communities as they struggle with threats to their own sovereignty, increased market and media globalization, and the conservation of endangered bioregions. Drawing attention to the pressures threatening indigenous peoples and ways of life, this volume describes modes of resistance and regeneration by which communities maintain a spiritual balance with larger cosmological forces while creatively accommodating current environmental, social, economic, and political changes. 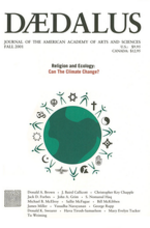 Religion and Ecology: Can the Climate Change?
Co-edited with Mary Evelyn Tucker
Daedalus. Vol. 130, No. 4,
American Academy of Arts and Sciences, 2001

The fall 2001 issue of the journal Daedalus focuses on interdisciplinary issues regarding religion and ecology that specifically relate to issues raised by global climate change. For more information about the  issue and to read the full text of all of the articles contained therein, go to the issue page on the American Academy of Arts and Sciences site. 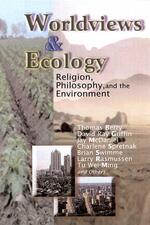 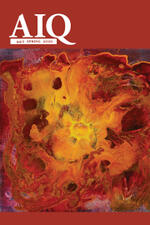 Special issue on Shamans and Preachers, Color Symbolism and Commercial Evangelism: Reflections on Early Mid-Atlantic Religious Encounter in Light of the Columbian Quincentennial. 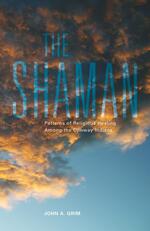 Tribal peoples believe that the shaman experiences, absorbs, and communicates a special mode of power, sustaining and healing. This book discusses American Indian shamanic traditions, particularly those of the Woodland Ojibway, in terms drawn from the classical shamanism of Siberian peoples. Using a cultural-historical method, John A. Grim describes the spiritual formation of shamans, male and female, and elucidates the special religious experience that they transmit to their tribes. Writing as a historian of religion well acquainted with ethnological materials, Grim identifies four patterns in the shamanic experience: cosmology, tribal sanction, ritual reenactment, and trance experience. Relating those concepts to the Siberian and Ojibway experiences, he draws on mythology, sociology, anthropology, and psychology to paint a picture of shamanism that is both particularized and interpretative. As religious personalities, shamans are important today because of their singular ability to express symbolically the forces that animate the tribal cosmology. Often identifying themselves with primordial earth processes, shamans develop symbol systems drawn from the archetypal earth images that are vital to their psychic healing technique. This particular ability to resonate with the natural world is felt as an important need in our time.  Those readers who identify with American Indians as they confront modern technological society will value this introduction to our native shamanic traditions and to the religious experience itself. The author’s discussion of Ojibway practices is the most comprehensive short treatment available, written with a fine poetic feeling that reflects the literary expressiveness inherent in American Indian religion and thought.

Rekindling the Practice of Cultural Burning: An Act of Climate Hope